We lucky we get to have two Halloweens every year. Our second one is in the summer at the Lake where the kids go to each camp site trick or treating because what kid can't use more candy.

I love Halloween in the summer because Saskatachewan winter kinda limit what you can be for halloween because it needs to fit over a snowsuit.

My oldest Daughter is obessed with Tangled. She has 2 different Rapunzels dress I have made her. I'll post those later. So for halloween at the lake she convinced her little brother to be Flynn Ryder. 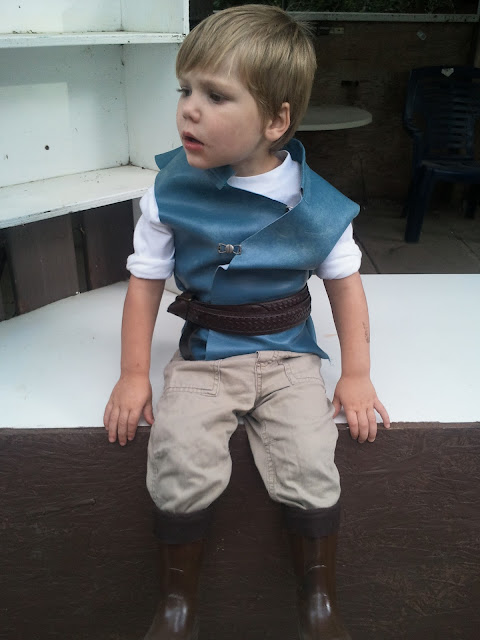 I love this costume it turned out so cute he only looks unhappy in this picture because he hates to have his picture taken.

It was so easy to make and he still wear's his boots when they play pretend in the house.

The vest was made from a super old pattern my Mom had laying around and some blue leather like material. We sewed the vest together and then added a collar by folding a scrap over the top edge of the vest.

For the belt I use one of my husband weave belt and wrapped it his waist and used a leather punch to make a hole where he needs one.

The boots were orginally black and $0.99 rubber boots I got the Vaule Village, I used Krylon Brown spray paint for plastics and then I cut a strip of felt and hand sewed it around the top.

Here is a picture of both of them Dressed up and a close of his boots. 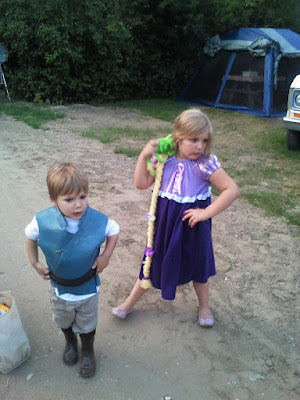 (This is the first time I've been featured I'm super pumped)
Linking up at:

I'm sure you have seen this before but here is how I made mine. 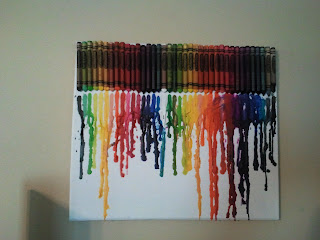 I picked out my crayons and hot glued them in a line to my canvas, then I used a heat gun to melt them until I got my desired effect. Some on the dripping where lifting off the canvas so I then laid it flat and melted the dripping some more, and then done!
Posted by Jess at 11:33 No comments:

So here is my Halloween wreath I love it even thought it's pretty large. 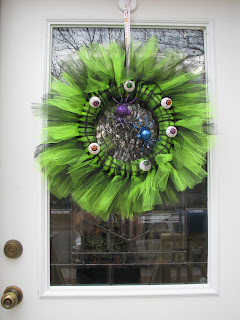 Here is what I started with. 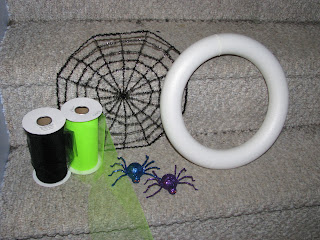 I forgot to a picture of the eyeballs, but I got them from Dollarama they were attached to a chain I just pulled them off. The spiders are from Michaels.

I started by cutting my tulle in to 4" pieces I used both rolls you could make your strips smaller if you like, but then the wreath won't be as full.

Then I tied them on to the wreath in alternating colors. 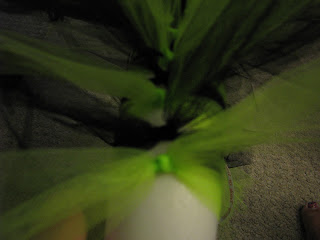 Here is a another picture of it half done. 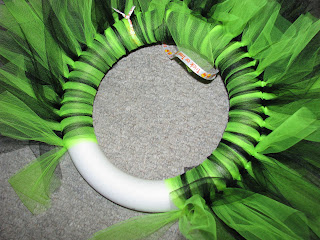 After I had the wreath all full I then hot glued on the spider web and the eye balls, the spider came with clips on the back so no need to glue them, and done! 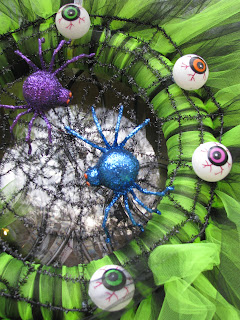 So Cakes as I said before I've been making cakes for a long time. My mom and I make them together.
I thought I would post pictures of some of my favorite cakes from over the years.


I'll post some more cake later but those are a few of my favorites. I can't wait to show you my kids cake from their birthday parties.

As the title suggests this first post will be all about me. First things first my name is Jess I'm from Saskatchewan and I am Married with 3 lovely children. 5,  3, and 1. I have become very addicted to crafting blogs, which is why I have decided to try blogging myself.

The type of posts you will find will be mainly about crafting, cake decorating, and shopping deals.

Some of my crafting idea are my own, some I've modified from something I've seen, and other well I loved it so much when I saw it I just had to make one of my own.

I've been decorating cake since I was about 15, and always kick myself for not starting a business before it became so popular. I love to do this even though at some point during the making of the cake I always wondering if buying a cake would be easier.

As for the shopping part of this blog, I love to shop, but only if it's a great deal. Nothing can bring me out of a funk like a great shopping deal.

So more about me I'm huge geek, I always point to my star wars tattoo to reinforce that statement. Well that really all I can think of I'm pretty boring. So until next time.